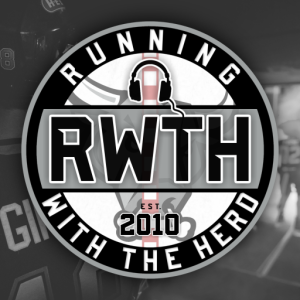 The San Antonio Rampage don’t drop the puck on the 2018-19 season for 87 days, so over the next 2 weeks or so, I will be taking you through a time warp of Rampage hockey. Using a very sophisticated formula I have developed all on my own (at the advice of Topher), I will be ranking the top five players at each position to ever don the bull. Today, we start with defensemen.

To better understand my criteria, it is important to take both quality of play and longevity into account. There were a couple of examples of very good single seasons from Rampage blue liners that failed to make the cut. In 2011, Garrett Stafford put up 46 points in 65 games (.708 pts/gm). Similarly, Max Noreau’s 2016 campaign was one of the best in Rampage history for a defenseman. His 45 points in 64 games (.704 pts/gm) trails only Stafford for efficiency in a single season (min 38 games).

Neither of these players made the list despite putting up those numbers. Also, let it be known that neither defender was particularly good at the whole defense thing…but I digress.

Conversely, Nolan Yonkman has the fourth most games played in a Rampage sweater at any position. And had it not been for his disastrous 2013 season, he would probably be on this list, even taking into account his lack of offensive ability. For two seasons, there were few better than Yonkman in his own zone. Then 2013 happened.

That’s enough with the formalities, though. Let’s get to who DID make the list. 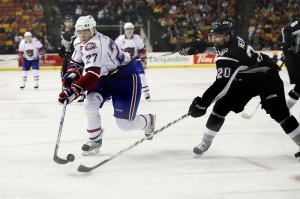 Helmer squeaked into the 5th spot by one point on my completely made up rating scale. The former captain played two full seasons with the Rampage and his leadership, both on and off the ice, gave him the edge over a couple of other candidates whose number may be flashier. Helmer has gone on to become an executive with the Hershey Bears and was inducted into the AHL Hall of Fame in 2017.

Siemens was, by far, the best defensive player on the ice for the last three seasons for the Rampage. In those three seasons, the Rampage gave up 240, 240, and 219 goals respectively. Yet, despite the team struggles, Siemens played stellar defense and became a fan favorite for his hard nosed style and loyalty to his teammates. This summer, the Avs decided to not qualify the 24 year old fifth year pro and he is currently a free agent.

This is probably our first instance where longevity played a big factor in the rankings. Robak was a very good two-way defenseman for three seasons in San Antonio. While he did struggle with turnovers, likely from trying to make too much happen, his skating was elite for this level and there hasn’t been a Rampage blue liner with a better shot from the point in my years of watching this team. Since leaving the Rampage, Robak has bounced around the AHL playing for four different teams in four seasons, most recently with the Stockton Heat. He is currently a free agent. 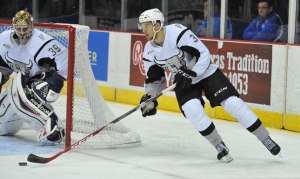 Probably the most complete defenseman of the group. Alex could provide offense when necessary and was a terrific player in his own zone. Some will argue this pick because of his prickly personality, but his production was there and, honestly, Alex was a far better player than his statline indicates. Petrovic just finished up his third full season with the Florida Panthers and has become a mainstay in their lineup.

Sullivan has played more games in a Rampage uniform than any other player. He holds the franchise record for goals, assists, and points by a defenseman. His 77 assists ranks third in franchise history for all skaters. In the AHL, Sullivan was a guaranteed 35-45 point player for a full season. One of the best at moving the puck and didn’t embarrass himself in his own zone. After leaving San Antonio, “Sully” played one season with Lake Erie before heading overseas where he has played–and produced well–in the German League since 2014.

Please feel free to leave your thoughts in the comments or, as always, you can interact with us on Twitter or Facebook.

4 thoughts on “Ranking the Rampage: Defense”