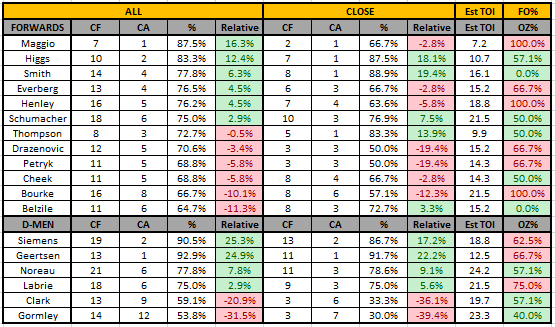 They played arguably their best game of the season on Tuesday, but with all the injuries they didn’t have any finishers and Tokarski played out of his mind.  I left Tuesday thinking they were owed goals… 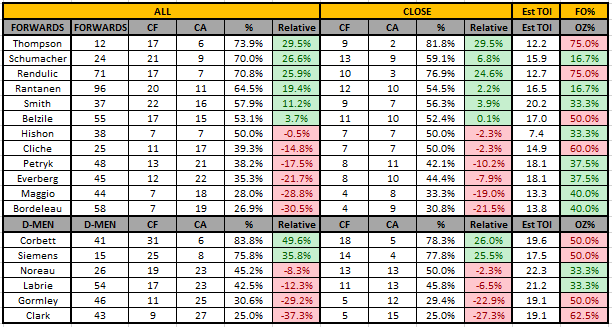 And they got all the goals they were owed and more last night.  I finally got my Schumacher-Hishon-Mikko line.  The team immediately scores 6 goals.  Coincidence? (Probably).  That line was still pretty awesome, even without poor Joey Hishon who just can’t stay healthy.  I’m pretty amazed the est TOI was as balanced as it was, because it seemed during the game that Smith was out there every other shift after Hishon left. 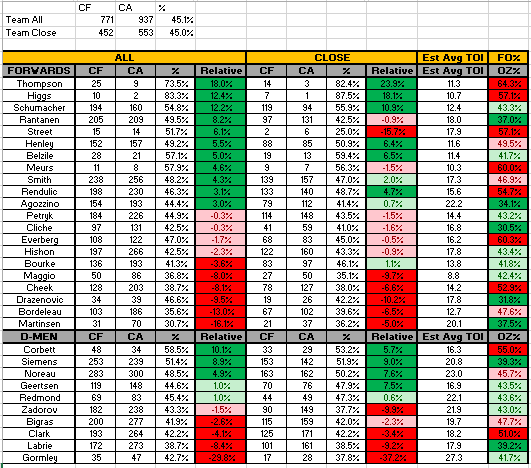 Despite being over 70% in both games, we officially have a challenger to the throne of Schumacher.  He shall, to me at least, forever be known in the great Game of Thrones tradition as the Usurper Garrett Thompson.

(Higgs played one game and got released from his PTO, so he doesn’t count as an official challenger.)