Monday marked the first day of free agency for the 2019 season and the Blues remained quiet with regards to their NHL roster. That doesn’t mean they weren’t busy, however. With several San Antonio players either leaving for Europe, heading into free agency themselves, or being cut loose by the Stanley Cup champions, there was plenty of work to do to add depth and build the San Antonio roster for the upcoming season.

I’ll save you the typical press release info of where they played and how many points they scored. That information is easily found with a cursory google search. Or you can just look RIGHT HERE. What I will (try to) provide, is a quick one or two sentence statement about each player and then an overall view of the signings as a whole.

Jake Dotchin (RD)  6’3″ 210
Big, physical right handed shot with plenty of AHL/NHL experience. Had some weight issues in Tampa Bay last fall which led to his contract being terminated, but bounced back to split the season between San Diego and Anaheim.

Nick Lappin (LW)  6’1″ 175
Former 30 goal scorer who seemed to regress last season and wore out his welcome with the Devils. Has a little bit of skill, but needs to work on his game away from the puck. 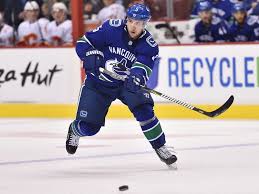 Derrick Pouliot (LD)  6’0″ 207
Point producing Dman at the AHL level. Former 8th overall draft pick has been an NHL regular since 2017, but struggles defensively. Could compete for an extra D spot with the Blues. 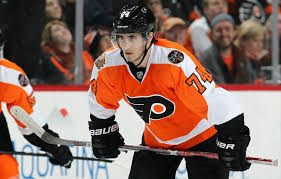 Mike Vecchione (C,RW)  5’10” 194
Versatile forward and former Hobey Baker runner-up. Smart and offensively gifted, just hasn’t managed to put it all together yet.

Nathan Walker (LW)  5’9″ 186
First Australian ever to play in the NHL, Walker is small and skilled but doesn’t shy away from the hysical side of the game. Good on the power play and comes with a ton of experience.

Cam Darcy (C)  6’0″ 185
Bottom six AHL player who will provide decent depth for the Rampage. Decent all-around player who has scored 20 plus points the last two seasons with Utica.

Zach Nastasiuk (RW)  6’2″ 202
Has spent his entire career bouncing between the AHL and ECHL with Detroit and Carolina organizations. Ended up with four points in 19 playoff games during the Checkers Calder Cup run this spring. Depth signing. 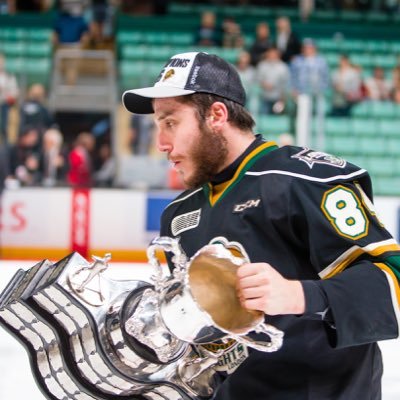 Not long after the Charlotte Checkers raised the Calder Cup, I took a deep dive into the roster construction of the last two Cup winners. I noticed a trend. Successful AHL teams don’t rely on high powered AHL hired guns to win anymore. Teams need balance in their rosters between the NHL prospects and veterans that play specific roles on the team. Those prospects need to “carry the water” so to speak. In years past, we have seen NHL teams attempt to load up the Rampage with All-Star caliber players only to see those teams, and players, fail miserably.

This year’s signings signal a trend, to me, that the Blues are using the blueprint to AHL success. Obviously, much still depends on which, if any, prospects may graduate this fall, but leaving the team in the hands of Jordan Kyrou, Klim Kostin, and Mitch Reinke isn’t the worst idea in the world.

More importantly, there is a very obvious common theme with most of these signings. Winning. Two players (Nastasiuk & Piccinich) are coming directly off championships while others come from successful AHL and NHL franchises. Nathan Walker was a “Black Ace” with the Capitals last spring and played for one of the benchmark franchises in the AHL, Hershey, for five seasons. Mike Vecchione spent his rookie season with the second best team in the AHL, Lehigh Valley Phantoms. Ethan Polei spent the 2018-19 season with Bakersfield who, at one time, had a 17 game winning streak and won the Pacific Division.

Bringing in veteran players that know what it takes to win to play alongside a group of players who just experienced a Stanley Cup victory, should, hopefully, have strong positive effects on the silver and black.

A lot will depend on training camp, injuries, and RFA contracts, but the Rampage currently have 15-16 forwards, 5-6 defensemen, and 2 goalies tentatively slotted into the roster. They are going to need a couple more defensemen and another goalie at a minimum. Lots of time left in the summer and there could still be a minor trade pulled off to take care of these needs. Stay tuned…